The writing of the story of Gem Ateliers is an emotional experience with the focus entirely on the beauty of the work itself. Ever since Gemmes Concept was first set up, Gem Ateliers have been establishing their roots in a strong culture of craftsmanship, which is at the very heart of their approach. Always attentive to the requirements of major brands, Gem Ateliers have established themselves as a reputed partner in the jewellery and fine jewellery business. Today, Gem Ateliers create jewellery in Paris, Lyon and Champagne using a production process that is beyond reproach. This promise is part of a sincere code of ethics covering service and security, which often exceeds national standards.

In future, GEMMES Concept, CSB & GMS Atelier will become known as Gem Ateliers, adding strength to the support and confirmation of our values and assignments. Staying true to their history, the men and women of Gem Ateliers will always be passionate about their industrial ambition and remain at your service. 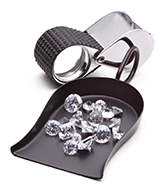 We would like to thank the major French and international brands who have honoured us with their loyalty.